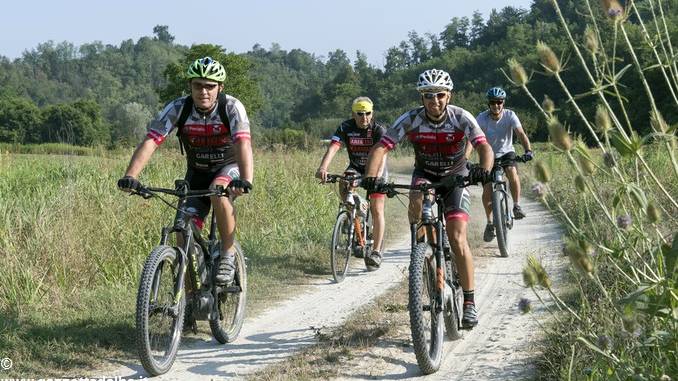 Work has begun on the Roero bike tour, the cycle tour that will include 20 Municipalities of Roero. The project will be divided into two parallel itineraries, one with Montà leader and the other with Magliano leader, which will cost around 200,000 and 150,000 euros respectively. The interventions will be financed for ninety percent by the Region through the rural development plan and for the remaining part by the municipalities involved.

An ambitious project that, in addition to enhancing the paths, aims to create stops for tourists, workshops, charging stations for electric vehicles, but also areas equipped to enjoy the view, accompanied by explanatory panels.

The project was designed by architects Silvana Pellerino, Chiara Borgognone and Lisa Amelio, together with the engineer Giorgio Giamello for the design of the structures, in collaboration with the E? Comuseo delle Rocche.

"Work has begun in Magliano and in Guarene, where two bike workshops will be set up inside the former locker rooms and the former Enel booth. In Castagnito, however, the establishment of the Castelverde has begun for the construction of a panoramic area and the consolidation of the Neo-Gothic portal, "explains Silvana Pellerino, who continues:" The Piobesi shipyard will soon be launched to activate a stopping point forthe cyclists and that of Montà for the construction of the wooden structure that will house the workshop ".

All the works planned in the project will be carried out within the year by the company Arca land and by Cofar Srl of Reggio Emilia, for the project that has as leader Montà;and from Tekno green Srl of Turin, for what is coordinated by the Municipality of Magliano